Why The World Needs More Women In Technology 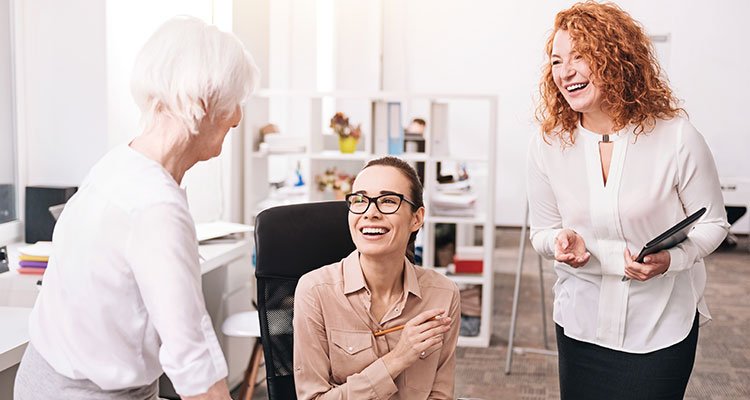 Next Generation recruitment conducted a great piece of research (below). It gives a great insight into why the world needs more women in technology industries.

How Do Women Feel Working In The SET Industries?

The Center For Talent Innovation conducted a study covering various factors and responses from women in SET (Science, Engineering, and Technology) industries. One of the most surprising results was the number of women who feel that they’ve “stalled” in their positions within the SET industries:

And within the same study, a number of women who said they are likely to quit within a year was also quite startling:

So What Exactly Is The Problem?

According to Next Generation, in order to understand the root of the problem, we need to look back at early development for young girls. The University Of Buckingham has shown that since 1989 when it comes to High School, girls achieve significantly better grades than boys. However, when it comes to women pursuing studies in computer science at university level, they find themselves being outnumbered by males at a staggering “82% versus 17%”.

It also doesn’t help that the imbalance is accelerated by falling trends of women taking up science, maths and computing courses. One school of thought is the archaic expectation of young girls and boys having vastly different interests as children. Even though recent developments have come to pass, there is still an expectation on young girls and boys to slot in. Even in terms of what color clothes they should wear, toys they should play with and jobs they should dream about. “Doctors and Nurses” is rarely played with the girl being the doctor and the boy being the nurse for example. Unfortunately a lot of parents expectations of what their children should be when they grow-up, is still predicated on old-fashioned traditions.

Impact On The Workforce

Because of the lack of women taking up tech-related degrees it has a serious impact on the workforce. In the majority of tech companies, women fo the minority. This, in turn, leads to women feeling like they don’t belong and experiencing sexism. The Guardian, reports that 73% of workers in the tech industry believe the industry is sexist.

This is a major contributing factor to more and more women leaving the industry. Which in turn makes having role models at the top increasingly difficult. It also further fuels the image of a male-dominated technology world. “Having key women in senior leadership roles will positively encourage other females to join an organization. When those organizations are supportive of advancing women’s careers, it increases overall company growth and productivity”, says Linda Davis, CEO of Next Generation Recruitment

With the technology industry still being in its infancy, it’s time we focus on the next generation of tech talent. We need to make sure gender equality exists for the good of everyone. This means introducing more flexible working arrangements, more women in leadership roles and more encouragement at an early age. And not just for girls but for boys too, to pursue whatever they are naturally interested in.

It’s this generations responsibility to foster an environment that puts away stereotypical views of what boys and girls should be. Instead, we need to help them to see what they can be and encourage them to fulfill their dreams.